Ever since competing in the Island Games, hosted in his native island of Jersey, Harry Shalamon has been full steam ahead in his quest to achieve all he possibly can in his career.

We talked about his time with Tigers Swimming Club, the Commonwealth Games and also his goals for the future, with the Jerseyman being open about his journey so far.

Pretty good, pre-season of swimming’s got me a little run down but I’m surviving. Just started my third year in America and it’s going pretty well, enjoyed every minute out here so far.

Have you always been a fan of swimming? Or did you play other sports when you were younger?

To be honest I didn’t really enjoy swimming until I was about 16.  I always thought swimming was a bit tedious and a huge dedication to make at such a young age. I’d say I was fairly athletic when I was younger. I used to play football until I was about 16, rugby until I was 14 and even dabbled in track running for a brief 2 month period. 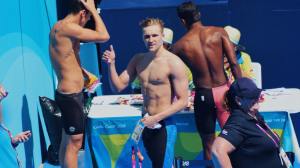 How much of an influence were Tigers in pushing you onto the next level?

Good question! Tigers have been a huge part of my life and I do owe them for steering me in the right direction. Growing up, I looked up to all the older guys who used to be thrashing me in practice and in races. I think it helped push me to progress and improve as I got older. Gradually I started over-taking everyone as the years went by and as I matured more, both physically and mentally. Tigers also allowed me to compete against people in the UK which I think helped push me even more.

Do you want to reply to the suggestion that Lorne Bickley was a better swimmer than you back then?

Lorne was pretty sporty (he says whilst laughing). I’ll admit he was better than me at one point but I hadn’t been swimming that long. If he’d given me an extra year or so to train I’m sure I could of overtaken him. I’d like to throw some cheek back at him and say I was better than him at football back in the day, but I’d be lying!

Do you have a preferred stroke or do you have to be good at everything?

The stroke I’ve always exceeded in is backstroke and that’s the stroke that my university rely on me to swim, so the 100 and 200 yard backstroke (USA college race in yards not metres). I am generally good at all strokes. I’ve recently been put into the 200 Individual Medley which is 2 lengths each of butterfly, backstroke, breaststroke and front crawl. 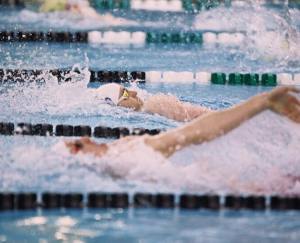 How did it feel to compete in the Island Games in Jersey?

Loved it. The Jersey Island Games was the main reason that I gave up other sports and started to focus wholly on swimming. My coach spoke to me at 16 and said that he saw potential in me and could see me doing extremely well if I focused my time and effort on swimming, which I did for a year, doing 7-8 sessions a week and overall it paid off in the end. The Island Games was actually the first major competition that I tapered and shaved for and it really gave me an appetite for racing against higher level competitors.

And compare that to Commonwealth Games. Another level?

There’s no comparison between the two. Gold Coast 2018 Commonwealth Games was a different ball game. To race against world class athletes like Adam Peaty, Chad Le Clos and Mitch Larkin was just surreal. The Island Games was nice as there was a good team atmosphere however, comparing it to a crowd of 10,000 people watching you swim can’t be matched. It was life changing.

Highlight of your career?

Probably making the 50 metre backstroke final at the Gold Coast Commonwealth Games. The whole experience of a huge worldwide audience watching you and racing against world champion Mitch Larkin was incredible. On top of that, breaking my own island record in the event by a whole second, it really makes me proud of myself and of how hard I worked to get there. 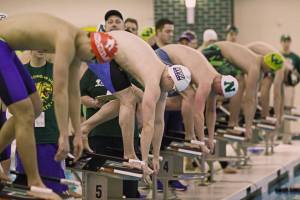 What is training in the US like compared to back home?

Very different. Over in the US it’s a lot more sprint orientated and competitive. Most of my friends in Jersey gave up the sport, meaning there wasn’t much competition to train with, however the US continues to bring in faster and faster people every year meaning I have to try even harder to stay on top.

Competitions in the US? How have you done so far?

Competitions in the US are intense. Like I said, teams over here bring in people who are extremely good and it’s a real challenge to race against people from all over the country. The main events that we compete in are our Conference Meet and the NCAA Division 2 National Championships, which is the highest competition in my division.
I’ve done pretty well at both those meets. At our Conference Meet last year I placed 2nd in the 200 backstroke, and 3rd in both 200 IM and the 100 Fly. Nationals is the highest of competition and I came 3rd in both the 100 and 200 backstroke.

What are your goals for the future?

I like to take it in baby steps, so one thing at a time. At the moment I am going to concentrate on swimming in the US and then over the summer I’ll potentially go to the Island Games in Gibraltar. The long term goal is the next Commonwealth Games which will be in Birmingham in 2022, but I’ll have to see what life throws at me before then. I only have 2 more years left of college so will have to find somewhere else to train for 2 years before then. We shall see what the future brings.

It was great to catch up with Harry. He has a bright future ahead of him and it sounds like he is throwing everything at it, to get where he wants to be.

I wish him all of the best in the future. 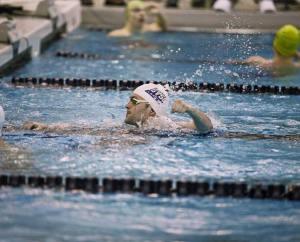