I caught up with St Peters U18s manager Karl Benest about his sides’ season, and how good an opportunity it is for his young players to compete on the mainland against different opposition in the Kent Youth Cup.

Here is what he said:

How long have you been at St Peters?

I have been a coach at St Peter’s since the summer of 2015 where I started out as an assistant.

What has been your highlight so far?

The highlight for me would be as an assistant going unbeaten last season. Winning every game in the Channel Islands, only losing one game which was the semi final in the Kent cup.

How hard is it to coach in Jersey?

It can all depend on the players you have. When you have a dedicated team it makes it all that much easier to coach. We are lucky this season that we have a high number of players breaking into senior football, from both U16’s & U18’s. The only downside to coaching in Jersey is the lack of 4g pitches, so we are limited when it comes to training when the weather is bad and the pitches are waterlogged.

How has the season been so far – prior to Covid-19?

Well obviously this season hasn’t gone as anyone was expecting. Before Covid-19 came along we were on course to win the the league, only needing to win our last 2 games to come out on top. We were still in the Kent cup semi-final, where we were due to play Faversham Town on the 29th March.

Talk to us about the Kent cup – how good is it for you to manage against coaches on the mainland?

This is the 2nd year of our U18’s playing away in the Kent Cup. Last season we came close, losing out in the semi final. At the start of this season we set a target to go one step further and reach the final. We have beaten 3 favourites to make it to the semi final (VCD athletic, K Sports & Seven Oaks Town) In the Uk, they were training 3/4 times a week where as we only have 1 training session, with some of the lads also training with seniors and the CoE. With the excellent behind the scenes work being done by other members of St Peter’s Fc, all arrangements are already made, so I have no contact with the other manager until we arrive at the grounds. 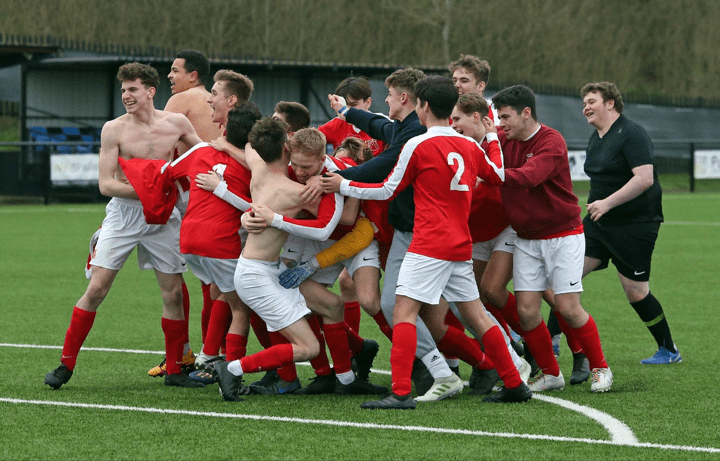 And for the players – how good is it for them?

It is an amazing experience for our lads to have. Playing in the UK definitely brings out the best in the boys as we have to go out playing our best whilst not knowing what to expect. We as a club are extremely lucky that we can offer such experiences for our teams, we are the only island team that go away to play.

Would you like to manage a first team one day?

It is definitely something I would consider moving into if the correct opportunity became available, however at the moment I’m in the right place. It is an honour watching the lads progress throughout the season, going onwards and upwards and I can happily know I was a part of helping them to get there. Ever since being young I have wanted to be a part of a team coaching Jersey in the Muratti.

What were the goals for the rest of the season?

Well as it stands the season is over. If things were to drastically change and everything got back to normal the goals would be to go on and win the U18 league, along with the Upton and the Kent cup. For the U16’s it would be trying to get them the highest place finish we can. Both teams consist of a great bunch of lads, they really are a credit to St Peter’s. 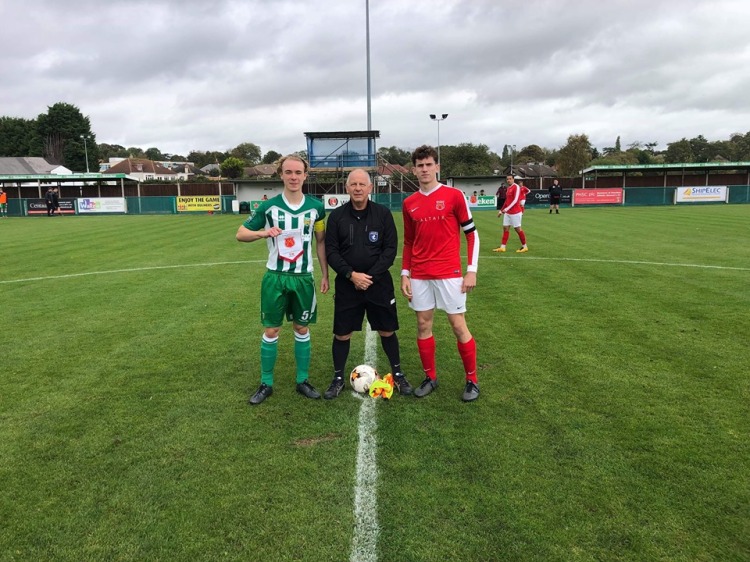