A late goal from Luke Campbell ensured Jersey Bulls FC maintained their winning streak against a battling Walton & Hersham.
The Bulls started at a fast tempo, with both Ruben Mendes and Zeljko Martinovic having early efforts on visiting shot stopper, Jordan Johnson’s goal.
The ever present Jay Giles whipped a corner in, but in-form Harry Cardwell could only place his header wide of the target.

Two golden opportunities then came and went for Bulls. Firstly, Sol Solomon scuffed his effort wide, followed shortly by Jack Griffin smashing a half volley wide, as the Bulls pushed for the opener.
In the 27th minute, Sebastien Osei-Obengo broke through the Bulls defence with his pace, but Euan Van Der Vliet was equal to his shot, saving with his feet.
The visitors pushed on and had the ball in the Bulls net, only for it to be chalked off. Campbell under-hit his back-pass, Van Der Vliet managed to get there but Parish Muirhead blocked his clearance and tapped in. However, after a short exchange of words with his linesmen, the referee disallowed the goal for an adjudged handball, to the relief of the Bulls crowd.
HT: Bulls 0-0 Walton & Hersham.
Man of the match Mendes put the ball on a plate for Solomon early in the second half, but the forward couldn’t convert into the open net. 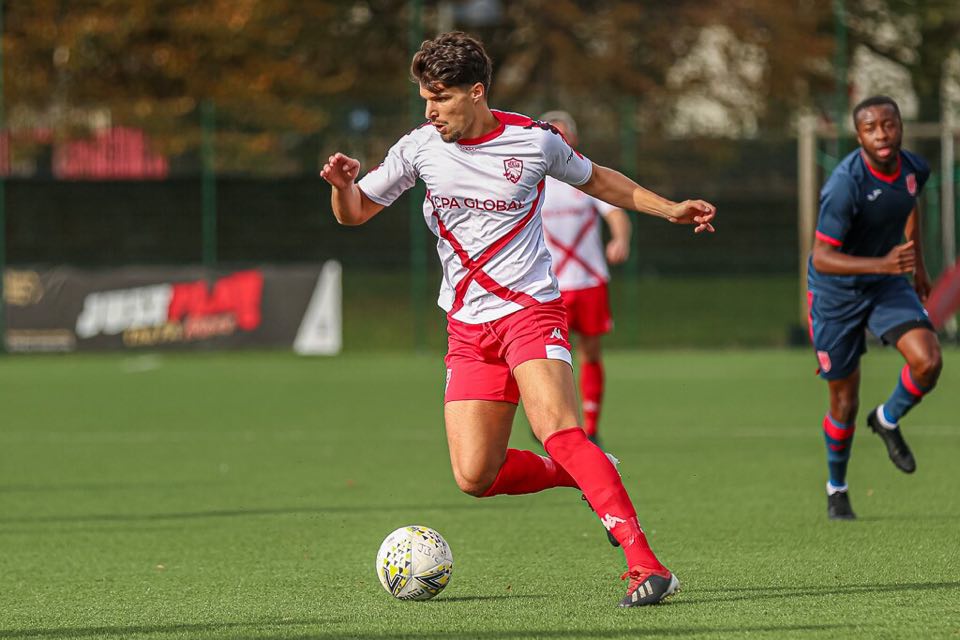 In a half where both teams had two sin-bins each, Campbell and Kamen Nafkha for Bulls, the home side looked the most likely to grab a goal.
Nafkha tested Johnson from distance with a fierce effort, and captain James Queree miscued an effort wide as the Bulls began to charge for a winner.
Subsititue Fraser Barlow split the visiting defence open and sent Cardwell free, but the winger could only drag his shot wide, in a game where Bulls uncharacteristically wasted a lot of chances.
Giles nearly produced a moment of magic from a set-piece, forcing Johnson into an impressive safe to deny the talented left back.
The goal finally came in the 76th minute when a cross came all the way through to Campbell, who stuck out a leg and stabbed the ball into the top corner, as Springfield Stadium erupted in both joy and relief.

Barlow almost bagged another in stoppage time, after he hit the ball first time across goal, but Johnson pulled off a fine save.
What a big win for the Bulls, and they go again Tuesday.